Rapunzel’s parents, though quite rich,
stole veggies from a wicked witch,
who caught the silly thieving fools.
She screeched, “You’d die if I were cruel,
but I am kind… And so you’ll live
but only – ONLY – if you give
your child to me.” And so they did.

When the little doll turned twelve
the old hag locked her in a cell
located in a ghastly tower –
Rapunzel couldn’t have a shower,
brush her teeth or comb her hair…
But wait! Don’t panic! Don’t despair!
I promise you a happy ending –
that is, at least, what I’m intending…

The witch would visit every day,
and on arrival, she would say,

“Rapunzel, Rapunzel, let your hair down.”

And sweet Rapunzel’s golden curls
would slowly tumble and unfurl
allowing Witch to clamber up
(occasionally getting stuck).

Sometime later, in the wood,
there rode a prince, both fair and good.
and when he reached the ghastly tower,
(you know, the one without a shower),
he stopped. He sniffed. And then he screamed
“WHAT’S THAT SMELL? It’s quite obscene…
I can’t abide such nasty pongs.
Perhaps I’ll see what’s going on
as something must be very wrong.”

He clambered up the crumbling bricks,
determined that he’d find and fix
the horrid stench. He reached the smell,
and climbed into Rapunzel’s cell.
He found the pretty girl and sniffed.
“AHA”, he said, “IT’S YOU THAT WHIFFS!”

Rapunzel, startled, stared at him –
his handsome face, his strapping chin,
and yelped, “My prince! You’ve saved the day!
You’ve come to whisk me far away!”

“Oh no,” he said, “you’re far too foul –
you smell like you’ve been disemboweled!
Your body odour makes me frown!”
And just like that, he climbed back down,
and quickly trotted into town.

And that was that. Or so it seemed,
Rapunzel sat there, sad, unclean…

But you will be relieved to learn
that shortly after, Prince returned
and came to sweet Rapunzel’s aid
together with the fire brigade.
The firemen scampered up the tower
and gave the filthy girl a shower.

“I’m clean!” Rapunzel cried, “Yippee!
And now the Prince will marry me!”

Prince went up to have a sniff.
“Oh dear,” he wailed, “you really whiff…
We hosed you down with lots of water,
so now I think you really oughta
smell quite nice. But you do not.
You smell like mouldy cheese and grot.”

A few days later, in the wood,
he came across Miss Riding Hood
(who carried round a bar of soap
and always took the time to soak).
They quickly married, moved away –
and sadly, on their wedding day,
Rapunzel lived alone up there
with filthy, rotten, stinky hair.

But wait, don’t panic! Don’t dismay!
Why it was just the other day
I saw Rapunzel dressed in brown
and now she runs a shop downtown
with soaps and perfumes, toothpaste too –
(I have to say I bought a few).

The girl had very bravely jumped –
and landed with a mighty thump
upon her filthy rotten locks
(which made a cushioned landing spot).

We spoke a bit, and she seemed well –
and there is not much more to tell.
Except, of course, she didn’t smell.

Winner of the Inaugural YorkMix Poems for Children Competition. 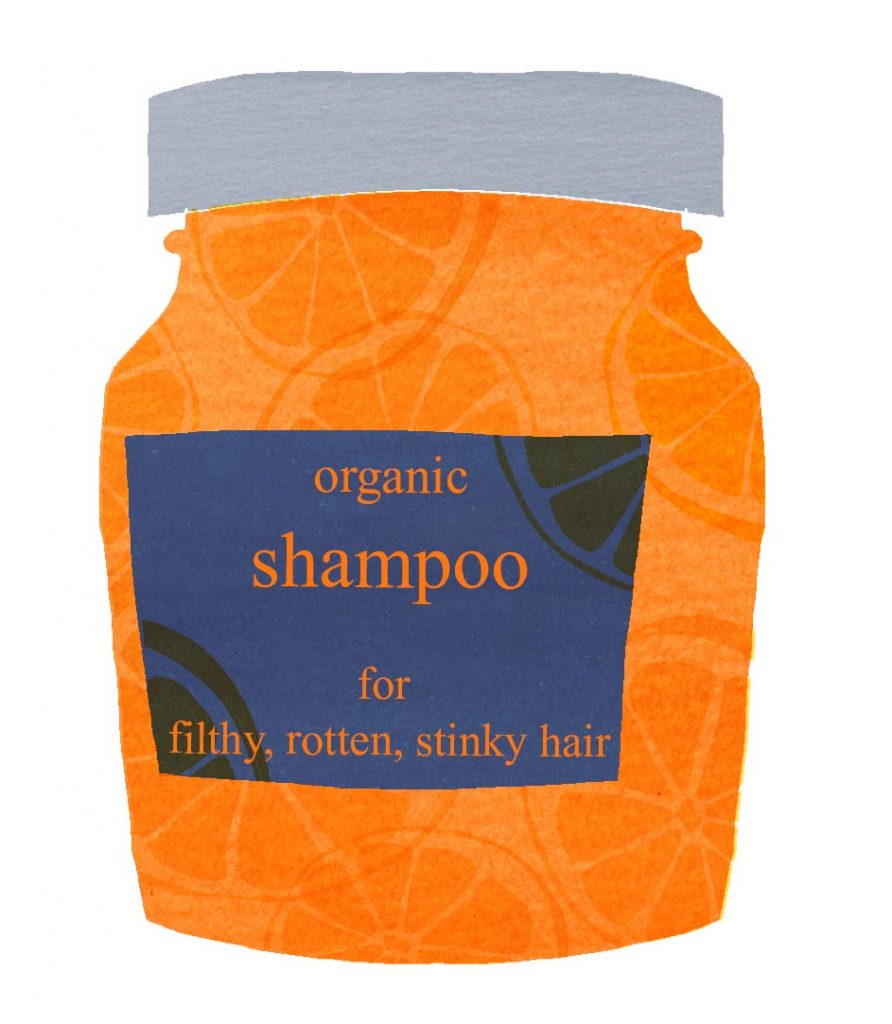